The peepers are peeping. It's that time of year. Lovely Spring! 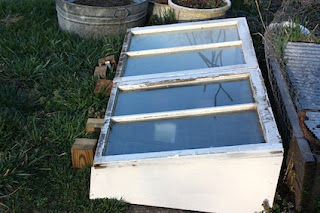 I have seasonal open studio hours from April until September, Wednesdays through Saturdays, 10am – 3pm. During those times, you will find me (and my three dogs and three cats and whomever else is hanging around) working in my studio doing whatever needs to be done. If you come down my driveway then, I will not greet you with a dirty look. Promise. But I may put you to work if I need help. Kidding. Sometimes pottery, sometimes sculpture, sometimes wrestling with gourds. We'll see how this years crop comes up. I'm set to grow loofahs! Scrubby sponges anyone?
There will be exceptions to my open days for any indoor/outdoor events that I may have to attend. Check back here or like my page on Facebook [http://www.facebook.com/teahorsestudio] for more specific dates. Email me for directions.

Jerry the truck driver and accessibility

The internet is a great democratizer and Facebook is a strange phenomenon amongst the jungles of the internet.
The powers that be at Facebook, heretofore known as "FB," have defined and redefined what a "friend" is or at least made us think about what constitutes friendship, how you share information with others, and when and how you deal with information of yours (and others) that "gets out there," beyond your control. Because FB is both a personal and impersonal way of communicating, you can be more apt to sit on the sidelines and observe interaction and events. Conversely, you can engage.
Because your end of communication often occurs in your little sphere of your familiar environment, your comfort zone, you can be bold and fire off an email or reply to a tweet or comment, acting on impulse. This can result in ridiculous rudeness, juvenile pettiness and social dysfunction, the likes of which you've probably never encountered in public but perhaps only at family holiday gatherings. However, it can also spur discussion among people who might also never engage otherwise. As a person who began socializing on the internet on bulletin boards way before the World Wide Web and browsers, it's been fascinating watching how this "thing" has unfolded and trying to keep it all in perspective.
There is a debate/discussion on my FB feed among some artists and art critic types that a FB acquaintance commented on. I guess I would call him that. I don't know him; I can't call him a "friend" as that implies that he is on my "friend" list which he isn't. I "follow" him by "subscribing" to his page. Or something like that. Anyway, I do not know this person except that he is a FB friend of a person on my friend list, and she – an artist – is simply the sister of one of my best friends from high school. Through several threads that this sister FB friend commented on, I was introduced to this FB acquaintance's point of view via his comments and posts. I call him Jerry the truck driver. I call him that because he mentioned that he once drove over the road, or OTR in tractor-trailer-speak. He also mentioned he used to be a chauffeur. He lives in NYC.

Jerry the truck driver's comments, posts and observations about art were thoughtful, well-written and  provoked debate. Some of his comments and posts coincided with some of the same opinions I held about works of art, artists, the state of the art world, and so on. He wrote with wit and seemed approachable. I thought about "friending" him but I really didn't "know" him so I "subscribed." He already had thousands of friends on his FB list. I figured he was some kind of "friend collector" on FB or had a really active social life. Regardless, I liked the things he posted. It brought me back to the things about art and NYC that I missed. He was funny. When I commented, he replied in a respectful manner. Not an asshole, I thought, thank god. As a result, I have become more engaged (albeit in a small way) in art-related discussions, apparently with people who are intimately involved in the art scene in larger cities - critics, dealers and artists. The insights and back-and-forths have been entertaining at times and function as mini-art history lessons, not to mention a living catalog of current, contemporary artists. With the advent and maturity of search engines, I'm often able to look up people's work and teach myself more about my contemporaries and past artists' work. A virtual graduate school.  After a few interactions with Jerry via FB, I searched his name on the internet just to see if there was a reason why he was so popular. Turns out, he's the art critic for The New Yorker magazine. Gawd, luv, Cindi, always late to the party... I never claimed to be on top of things.

The internet has done many things, socially. Its influence on our behavior - those of us who choose to engage - is evolving. One of the things that is beneficial, I think, is the democratization of interaction and information. Jerry the truck driver is a great example. Because he is accessible via subscription on FB (and comments in his online articles found on the internet), a reader, rather than just read an article in a magazine by him and – if motivated enough – take the time to write a letter, put it in an envelope, spend the pennies for the stamp and mail it, then wonder if it ever got read or even opened – now, that reader can hit the comment and post button. Jerry, being a sociable, engaging person, is more directly available – and so are his insights. Not only that, because the comments on places like FB are viewable, even if you don't engage directly by commenting, you can read other comments to Jerry by others who may or may not be notable people in their field. And because the internet experience is impersonal and Jerry the truck driver is reduced to type on your computer monitor in the comfort of your home, the information, interplay and exchange of ideas can be less intimidating that direct social interaction. How many people who aren't obsessed with art would never think to enter a gallery? never bother looking at contemporary art? never consider going to an opening? never bother approaching an art critic with their point of view? How many people who are obsessed with art still wouldn't do the same because they are intimidated by the whole process? [/me raises hand]

A cold wind is whistling through the halls of the "art world" (or at least the places on the internet where critics, dealers, collectors and some artists have been mingling) about gallery attendance, about sales, about the schism between the prices at auction houses [see this NYT article: "Art Market Goes Hot and Cold."] and the prices commanded by contemporary artists, about the schism between regular contemporary artists and the celebrities among artists, about the quality of the work out there, about getting seen, getting shows, getting heard, getting funding. Jerry the truck driver has written an article touching on this subject. It is on the website, Vulture.com.

I think much of it is really just basic economics. World economies are struggling, why should the art market be any different? Who has time to go to a gallery when you have to pound the pavement looking for a job, or put in a second shift because you no longer have that cushy job from five years ago? Income disparity has affected the art market, too. The high end people function in a sphere that the majority of us won't ever experience except in some television expose about homes of the rich and famous or some such nonsense. They deal with Christies and Sotheby's and the air is just different there. The middle market? Has it disappeared? Or has it moved online?

Perhaps the whole art gallery/market experience has been punctured by the advent of online galleries. Not necessarily in a huge WOW-EVERYTHING-HAS-CHANGED way, perhaps. More as a marginal experience. In the genre of ceramic art and functional pottery, online galleries such as Ferrin, AKAR and the Schaller Gallery, are successful in sales for their artists. Jerry the truck driver remarks in his recent article about dealers who conduct business via JPEG. All the internet does is provide another gateway, another medium. It widens the audience of potential admirers and buyers alike. For those who cannot get to a gallery, who are intimidated, bored or annoyed by the sales people, who prefer a less direct, more direct, indirect and/or more anti-social experience, this gateway provides an expansion of experience. But it is the internet expansion of the art experience, as far as I'm concerned, including being able to interact with the people who make up the matrix of art scenes world-wide, that has the potential to add some energy to the discussion, starting with removing the self-imposed, psychological barriers of a whole number of people who have excluded themselves from art in the first place. Because Jerry the truck driver is more accessible, so, too, is your art experience.