Here's what I'm talking about. A link to a blog that explains the internal workings of the clitoris (h/t to Frances Figart for pointing me in the right direction). I'm confident some will see this as a jr. high school discussion complete with giggling retorts but to me, there is a larger point beyond the inevitable double entendres and that is the point about our own denial and ignorance about our actual selves. And, our collective inability to discuss it. How long have we avoided this kind of thing. And why?

Beyond the technical information about the actual complete clitoris, I'm fascinated by the form of it. No doubt, as Frances observed, it will find itself in my artwork. Looks rather science fiction-y, if you ask me. And now, does a wishbone shape become something other than what it is? Does it, too, need to be censored, covered up, banned? From now on, what do we really mean when we draw a wishbone shape?

Are our aesthetics influenced by the expression of Fibonacci numbers or the lack thereof? This is a good example of why art is not a separate subject to be discarded. It's all inter-related or we, as humans, would not have expressed ourselves. Creativity is not an exclusive domain.
at 5:57 AM No comments: 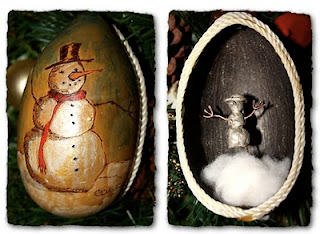 Hope everyone had a great Holiday season. Today is the seventh night of Hanukkah and also Boxing Day or St. Stephen's Day if you're so inclined. Here's a link to attempt to explore the various origins.

As for me, I'm back in the studio starting on glazing today. Cheers!
at 6:15 AM No comments: 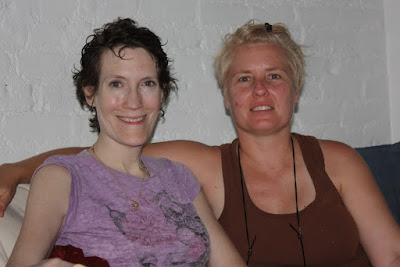 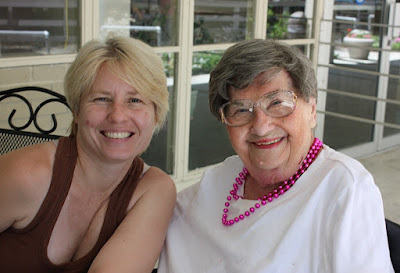 I don't run for trains 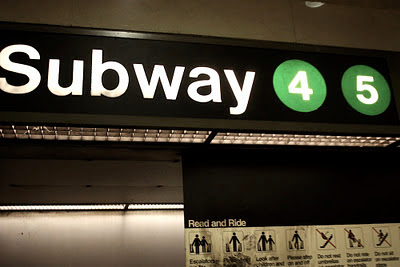 I don’t run for trains. I used to, when I was younger. I used to be perpetually early to appointments, meetings, dates, you name it. The pace of daily life where I grew up in New York meant that getting somewhere was half of what you did on any given day. I didn’t learn to drive until I was 27 because I didn’t have to living in the metro area of New York City. My walking skills, knowledge of train and bus schedules, subway routes and the like were all I needed to get me to the next event in my life. 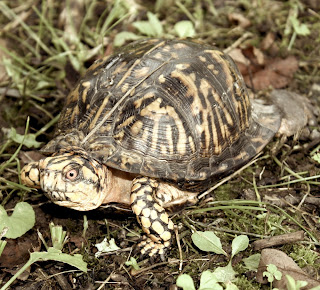 And then things fell apart. It started with a nagging feeling that the life experiences I was having were, somehow, duplicates of things I had already done. The shine of youth began its dulling. The shine of my marriage dulled, too. I began freelancing and the constant running from job to job. Keeping up with appointments, assignments and computer updates became my life. Staying “ahead of the curve” culturally, technically, visually, financially was my purpose and it made me exhausted. I became tired of everything and yet I pushed and pushed and kept telling myself, “ Don’t drop the ball, Cindi! Don’t drop the ball!” as I ran down the steps of the subway on 14th street. I could hear the screech of metal on metal of the incoming L train and didn’t want to miss the train so I could get home and sit with my cats, eat a box of soft, chocolate chip Entemann’s cookies and just relax in my small space. Rushing to relax. After 30+ years, that became my existence, rushing, rushing, rushing so I could escape to my apartment hole and rest. Some life. 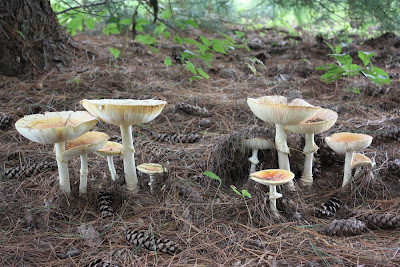 One day, for no particular reason, it hit me when I was rushing to make the connection of the G to the L train at Metropolitan station on my way to work, shuffling quickly with all the other commuters, caught up in the lemming rush. “Hey, there’s another train coming. What’s the rush?” I stepped aside and let the others pass me. You know what? There was. There was another train and I still made it to work. Not only that, I still got my work done on time when I did get to the office. Nothing bad happened. Nobody died, tragedy was averted, I still ate lunch that day and my cats were still at home waiting to be fed. Life moved on. 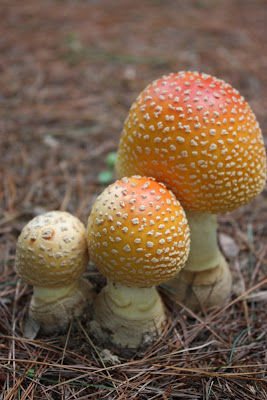 I had my epiphany about time and the perception of time. (What exactly is time anyway? We don’t really understand that one.) I stopped running for trains. I stopped rushing to get all my presents before Christmas Day, as if they became less thoughtful after the 25th or more thoughtful before then. I stopped paying attention to media culture, which wasn’t conducive to my career being in advertising-related graphic design. I stopped fretting about missed birthday cards and not getting to the coffee shop before the afternoon rush. If it was crowded, I could pass. I could make coffee at home. I slowed down in New York City. I stopped worrying about not saying all the right things, not reading all the latest articles, not knowing all the latest gossip about modern culture. I actually read the tacky subway adverts, the flyers flopping on the posts, the faded graffiti on the benches. Some of it was funny. Some of it made me wonder, “Do people actually buy this stuff?” I began to observe again, wonder about things and think. It felt good and it was part of the path that led me out of New York City and into the woods of Eastern Kentucky. 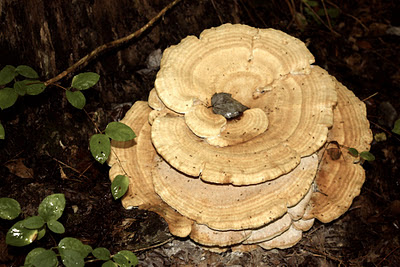 I’ve changed my time references, slowly. Instead of these artificial schedules of what’s hot, what’s not, is Congress in session or out? (and does it really matter anymore?), is this topic “trending?” (oh, how I loathe that word), Black Friday and Christmas shopping season and did I get all my work up on Etsy? Are there any other social media outlets that I simply must be involved with?  Am I getting page views? What about search engine optimization? Instead of all that, I now try to work on schedules of seasons, what to plant and when. Is my clay dry enough to fire? Have I completed my thought? Does this work for me? 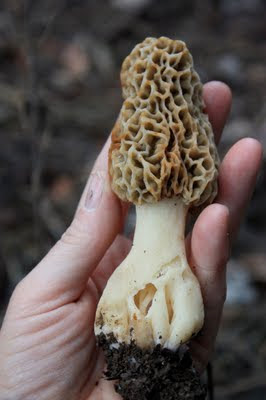 I’m reading a book about mushrooms now, the flowers of fungus. Mysterious mushrooms and the lifecycle of fungi. Fascinating stuff. It’s what makes the forest smell so good. It’s bigger than us, you know, fungus, all around us, millions of spores. True. You never think about that kind of thing when you’re running for trains.
at 8:19 AM 1 comment:

I direct you to another blog posting:
Studio and Garden; Altoon Sultan and this specific post about Hindu tantric paintings. 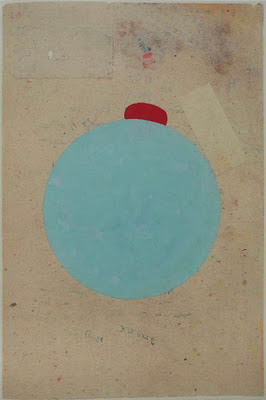 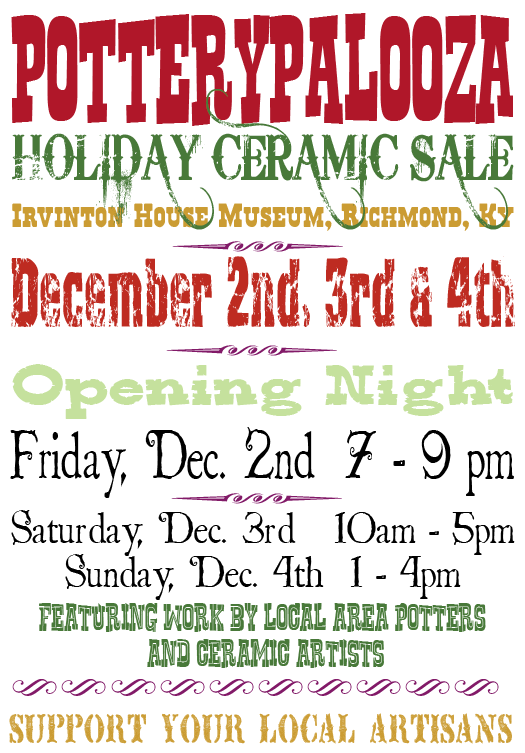 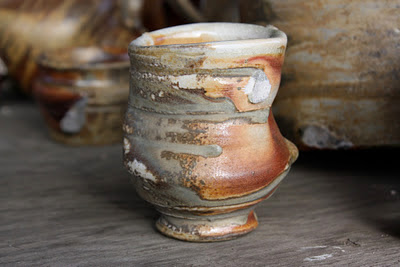 Flashing, drips, shino and carbon trapping, these are some detailed shots of the work that came out of this firing. Very heavy on images. I tried to group and headline by subject but it's a loose interpretation. 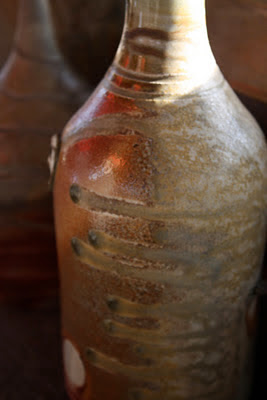 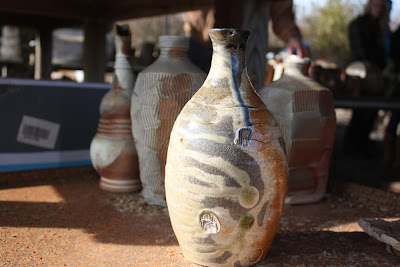 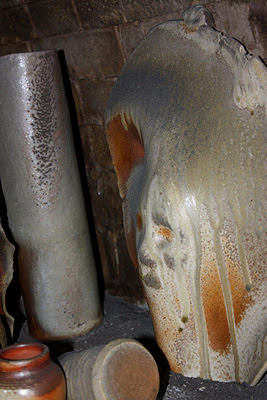 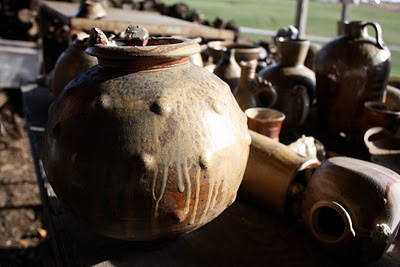 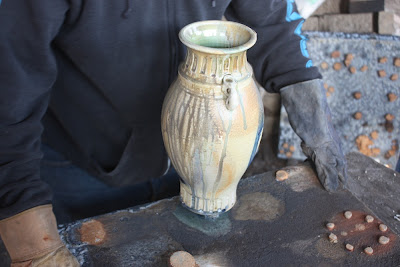 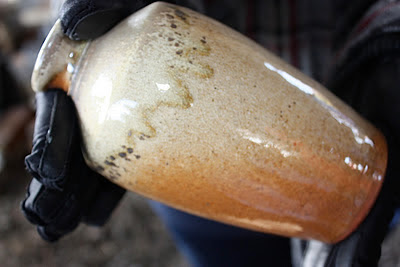 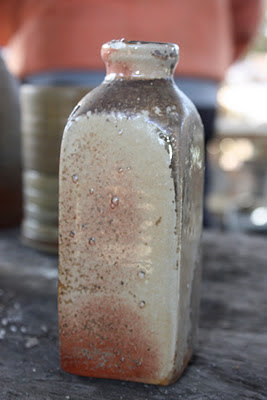 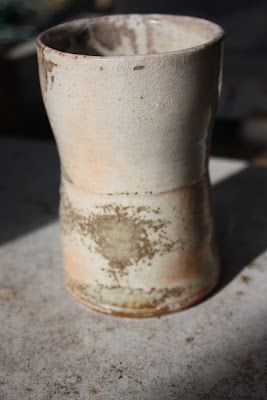 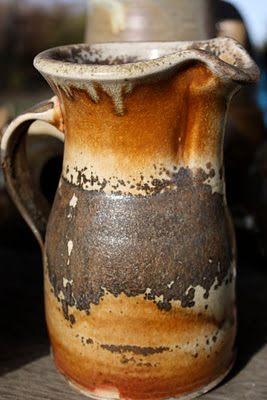 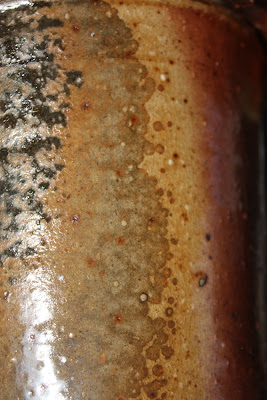 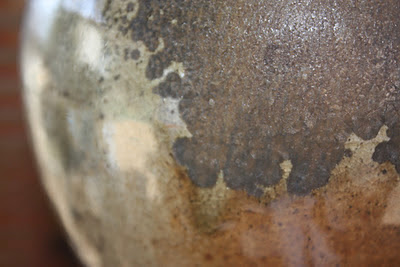 And the rest of the fun stuff... 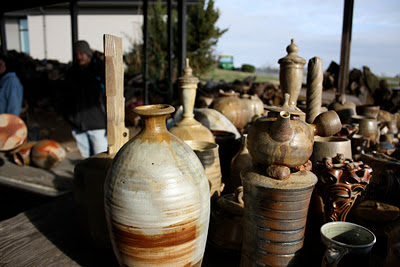 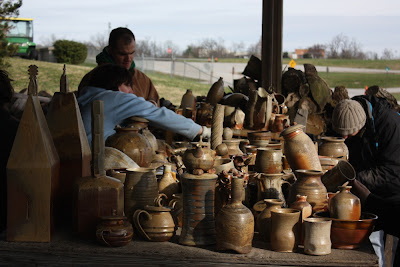