Clique-ety, clackity or Find Your Own Path 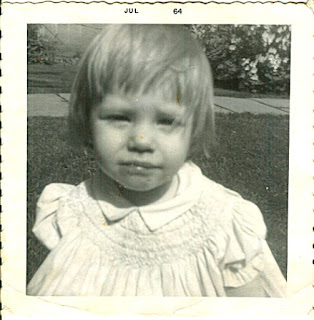 Years ago, back when I was but wee, I lived in the influence of one of the great art cities of the world, New York City. How lucky was I! Or was I? Some of us yearn to climb a mountain, but growing up in the NYC area (and then finally living in NYC and in particular, Williamsburg, Brooklyn before it was that Williamsburg, the Williamsburg of hipsters, cafes, galleries, $3000 apartments and high rise condos), growing up there meant already being on the mountain top. Where to go from there?
No doubt my informal, day-to-day art education was leaps and bounds beyond what someone from, say, Irvine, Kentucky could imagine. After all, I didn't just see an image of the great paintings and sculptures of modern art or photos and slides of great modern architecture, I could see it in person, often, on class trips, when escorting friends from out of town or simply because I was bored on a Sunday. I was fully immersed in art, The Art, The Culture. If I didn't want to peruse the giants of modern art, I could see what was fresh, new, up and coming in SoHo and then, when I lived in Williamsburg, I was on the front line, the pre-gentrifier, observer and participant of what would be next. Except... I wasn't an artist. Or rather, I didn't identify as such. I was a graphic design productionist. I was the liaison between the designer's artistic vision and the printer. The grout. Although I was there in the midst of the New Great Art Scene[tm] of NYC, I couldn't bring myself to identify as an artist. Why not? When others weren't looking, I was cutting things out and apart, drawing, painting, now photographing, designing and trying to make work on my own, hidden from anyone, everyone. Why so shy?
One word: intimidation. I lacked confidence in myself. I did not fit into the scene, the Art World as such. I was behind the velvet rope. They spoke in a language I did not understand. I wasn't knowledgeable enough, I was not good enough. I did not get the jargon. I was not party to the wit and wisdom of the pre-hipsters that travelled the L train with me. The Art World[tm] was inaccessible. Though I was amused, attracted to, intrigued by and inspired by the art in SoHo, the Bowery, the East Village and Alphabet City and those pioneers in Williamsburg, I was not worthy. And yes, this is where the baggage of childhood makes an appearance. When you are amongst the highest concentration of cutting edge artists, high quality modern art, and a huge concentration of historically significant art in the world, if you lack confidence, you can be swallowed up by that intimidation. I envied those artists that came to NYC from near and far because they knew why they were there. Instead, I cowered. I could not find my voice. I needed space to find my voice. Even thought it was my home, as long as I stayed, NYC, the mountaintop to many, I intuitively knew I would never find my voice. I had a different mountain to climb. My path led elsewhere. 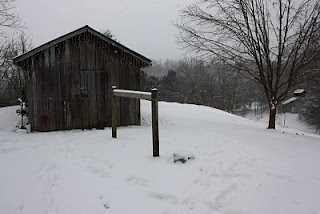 I left for the scary, rural world of Eastern Kentucky, partially because I had a family member already here to help me familiarize and partially, because it was completely out of my comfort zone and I needed that to shake things up a bit, to help me see and hear and find my voice.
Currently, with the advent of modern electronic media like blogs and Facebook and such, I have the capability to be in direct touch with those in The Art World[tm], via subscriptions and comment areas. It didn't used to be that way. Breaking into that world and getting that foot in the door felt highly competitive. Now, though, I read the articles by internationally known art critics and curators, I read comments by revered artists and I am struck, particularly on Facebook, by the great equalizer of the medium. The threads of "conversation" play out like high school cliques, who can out-wit whom, who can name-drop more, &c., &c. The references, grammar and criticisms are often obtuse and meaningless. Attempts at critiquing work turn into nothing more than erudite flame wars with a large vocabulary often inappropriately used or gratuitous love-fests where those "in" with the "in" crowd pat each other on the back incessantly until you want to wash yourself of the syrup of self-love. Incestuous, myopic, masturbatory chatter amongst themselves, oblivious to anything outside their own experience. I often wonder that had I stayed in NYC, would I still be in awe of these captains of the Art Industry and their pithy turns of phrase and obviously-above-my-head observations of the Human Condition, never realizing that for the most part, a good number of these people are full of shit? And always have been? All hail the interwebs. The [Art] Emperor has no clothes. As I said to a lovely woman here from Pea Ridge who wanted to beat the shit out of me after I said it, "You guys need to get out more often."

Fortunately, some of these same people are accessible, do have great observations, do make great art, do have wonderful insight and criticism. From them, I learn, become inspired, am motivated. Frankly, this is as much about my observations of me than a just critique of the Art World[tm]. And with the advent of the interwebs, I wonder how this will play out? Is Art [tm] still only for the collector with copious amounts of cash? Who is the collector anymore? Only the ultra wealthy? Is art as investment/commodity even viable? Isn't art as a long-term personal investment more viable? How has the internet leveled (unless it hasn't) the playing field for art and collector? Is art and art investment more or less accessible now with the expansion and the ease of internet communication? Curious times, perhaps.
Lost in all of this, the act of making art. While I was gnashing my teeth over the last several decades about my place in the world, what I found out was that the urge to create is part of my DNA. Literally, not metaphorically. Creating visual work, the act of making, is how I problem-solve. All the clique-ishness of the chosen few does not affect this. Deny as I might, that I was not worthy (and therefore, not an artist,) that denial did not stop my hard-wired nature to observe, analyze, find metaphors, create, and problem-solve my way through life. So I have succumbed and surrendered to the act of making. I am being myself. Found my path, found my voice.