Saying good-bye to a part of me 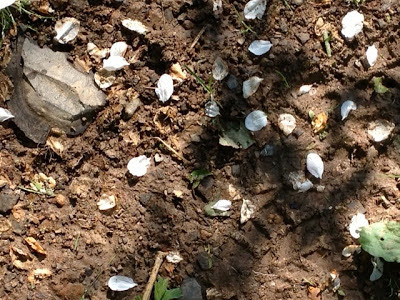 You make plans. And then they change. New pots, new sculptures, new gallery, raised beds, planting the garden, time to get busy. And then, it turns out, your gall bladder has to come out. Which really puts a crimp in the quarterly plans, you have no idea.
I've been told of all the abdominal surgeries, laparoscopic cholecystectomy is the safest, easiest and quickest to recover from. I certainly hope so. However, as someone who has never even encountered a cavity, well, let's just say this has been quite the adventure so far. I go in tomorrow. I hear the drugs are fab. My biggest regret? That I won't "be there" to see it happen. Surgery is so cool!
It is my organ so I asked if I could have it afterwards but apparently that's a biohazard. They don't even give out gall stones any more. The surgeon has kindly offered to take pictures while he's looking around in there. (They blow you up like a balloon so they can move around to perform the surgery. Nice view of the liver, I'm told.) I would rather have the DVD but I'll be happy with snapshots.
Poor little gall bladder. It's been a spastic case my whole life but I didn't realize it until recently. I just assumed post-meal discomfort was part of eating. When I was interrupted by sharp stabbing, spasmodic pains for a day or two recently, I opted to see the doctor at my husband's urging. Two months later and I'm about to lose an organ that's been with me for fifty years.
I had considered just putting up with the discomfort and changing my diet since the stabbing pain only lasted a day or two and I'd rather not have surgery but then I spoke to my mother who told me that there may be a family connection since her older sister had gall bladder issues in her 50-60s and ended up in emergency surgery, sick for many months afterwards as a result of ignoring the symptoms of "indigestion" for so long. Soooooo, that changed my mind.
And now I bid fond adieu to the lowly gall bladder, storer of bile. You did what you could. Not very well, apparently, but I appreciate your service nonetheless. When I think back on the stabbing pains, I will think of you and the biohazard refuse container that will be your final resting place. I will eat raw cookie dough in your honor tonight (before I'm to stop eating at midnight!) as a last meal of sorts. That and spicy Italian sausage and lentil soup. Bon appetit!
at 3:39 PM