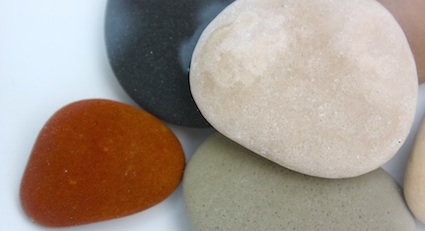 Inspiration comes from many places. A quick update of goings on and then some images of what gets me going...

Just came back from a family get-together in Michigan City, Indiana. We had a great time but I am very happy to be back and in the studio. While I love traveling and visiting family, doing it in the summer inevitably screws up my garden and my schedule. The next two weeks will be spent trying to get back into my rhythm.
Starting in August through until the end of September, I will be available for studio visits, Wednesday through Saturday, 10:00 a.m. to 3:00 p.m. Basically, that means if you come down my driveway during that time, you should find me running around like a chicken without a head either throwing, carving, glazing, drawing, sketching, cleaning or any other number of things I do as a working artist. The rest of the time is down time, home time, rest time,  private time. I’m testing this out this year and then if all goes well, I’ll take it from April through September. Any exceptions (for emergencies, family priorities, shows and exhibitions) will be noted here, on my Facebook page here, on my Twitter account here, and on my Etsy site here. 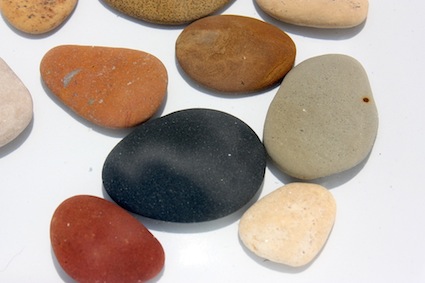 Some of what I hope to be working on more intensely is developing some glazes and a glaze palette for my functional work. Recent walks on the beach of Lake Michigan allowed me to collect beach rocks. As a New York/Jones Beach girl, my beaches are made white and sandy, few rocks from those ocean beaches so the walks on the shores of Lake Michigan sent me straight back to being a small kid, eyes down, scanning intently for super-cool things. I found myself drawn less to the rocks with the natural holes drilled into them but more to the smooth, pod-shapes and soft spectrum of colors in a neutral palette. Some people get hats and t-shirts for souvenirs. I bring home rocks. I love my rocks. I love the range of colors and the combinations. I expect this will be the beginning of some exploration of color that speaks to me. These colors and shapes say age, millennium, time, maturity, change to me. I love them! 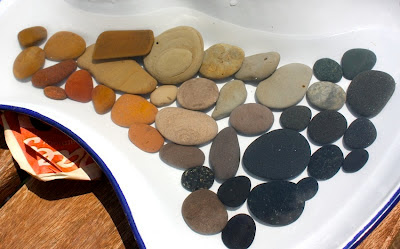 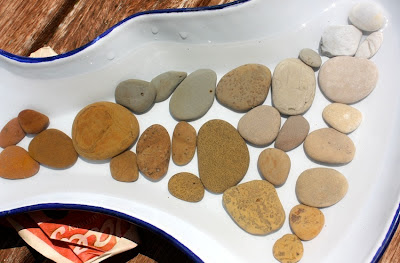 Easy to see why I love wood-firing but I also want to bring these colors to some oxidation glazes at cone 6. Some of the stones are smooth color tones, some are speckled and variegated. Along with the petroglyph-inspired carvings I’m exploring, I think these colors will work well. At least I hope so. Testing glazes has been an area I’ve been lazy about. Maybe this is the push I need to educate myself on chemistry and the patience of testing. If Gwendolyn Yoppolo can do it, so can I! 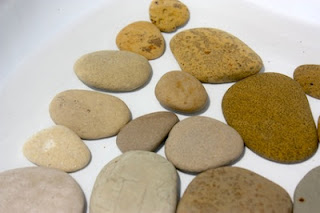 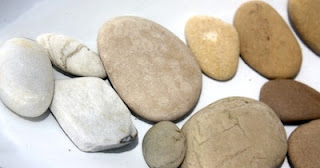 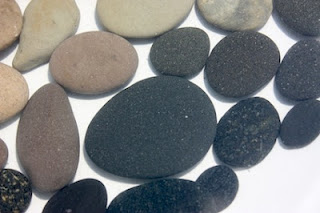 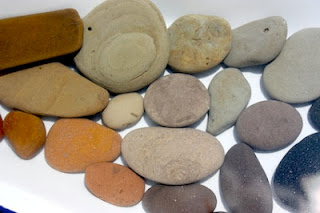 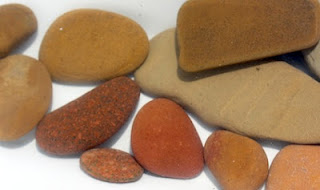 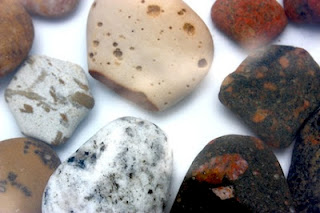 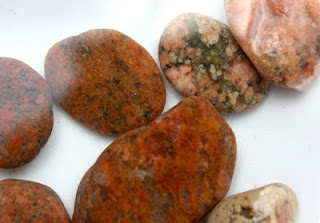 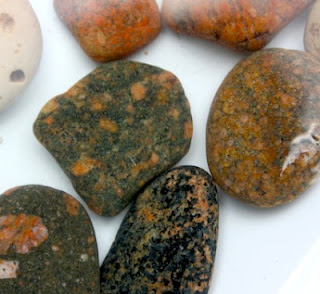 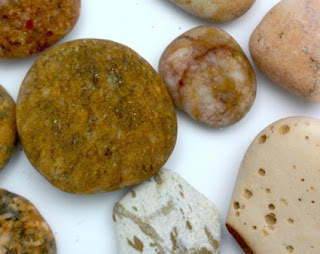 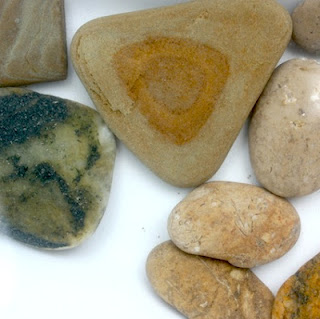 We opened the kiln today. First thoughts were the pots were a bit dry. We did not add salt this time. We're re-assessing the firing schedule. In the mean time, much wet sanding with be done here and there. But there is some nice stuff about :) I know Bill Lennox will be at the Berea Craft Festival at Historic Indian Fort Theatre this coming weekend. Check out Etsy for Buddy's work and my work in the next few weeks.

Make your own fireworks 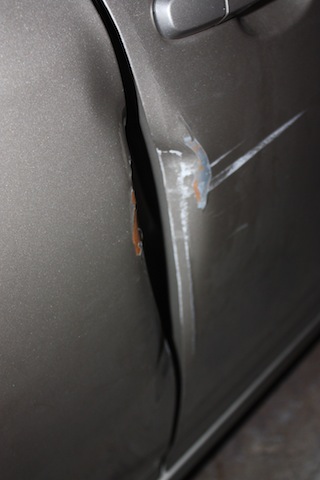 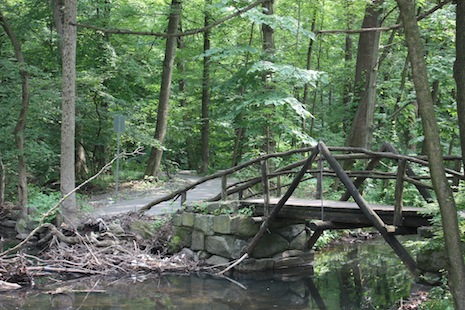 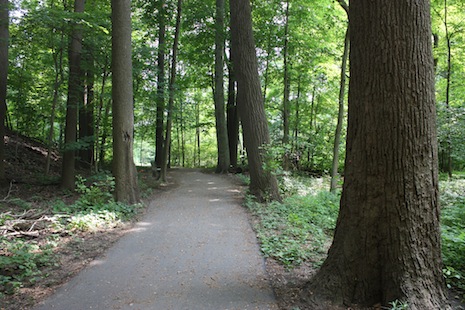 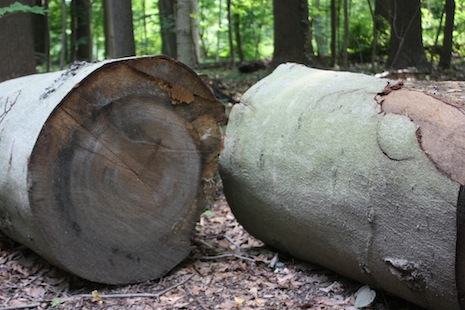 And now it’s July. I’m getting ready for a wood firing. Yes, it’s been over 100 degrees here in SE Central Kentucky so what better time to make cone 10! I think this is my favorite time, the prep and firing of a wood kiln with other potters. When this happens, everything else in my life takes a back seat for a brief moment, particularly all the computer shit I feel obligated to do. The process of cleaning, scraping shelves, re-washing shelves, wadding, glazing, loading and then working your shift, it’s a slow march to something potentially magical. I like that. My carvings this time are focused on the horses, cave-art inspired drawings and symbolic imagery. I’m less inclined to do the biologically-inspired work in a wood kiln. The warm tones of the kiln remind me of the tones of rock walls and petroglyphs and hunting scenes. Hope to have finished work to photograph and upload in a future posting relatively soon.
at 5:50 PM 1 comment: