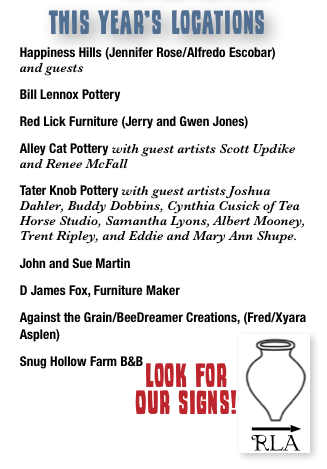 
January is now cold. One thing I've learned since moving to Kentucky is that real winter doesn't arrive until January so even if November and December seem to fluctuate between warm or cold, the real season comes about after Christmas and sticks around for about three months. It would be nice if it could be short and done with by the end of February but it always seems to linger well into March and April. And by "real season" I mean the consistently cold, gray and dreary Winter with a capital 'W'. Maybe it isn't the SooperWinters of the New England and Canadian varieties but it's what we have to work with here in Central and Eastern Kentucky. We had more snow last year which made things look somewhat festive and pretty but this year, it seems, we're back to gray, gray, gray. Even grey, grey, grey. And little, spitting, frozen drizzle from time to time, no snow of any worth but when major precipitation does come, it inevitably warms up just over the freezing mark to be torrential rain. Cold, miserable, rain and 33-40°F. Or a skiff of slick ice or freezing fog that just makes it treacherous enough to prohibit driving. It's... so inspiring.
The cold makes the studio difficult to heat in the mornings so I tend not to throw that much since the water and clay are both quite cold. Not only is that not conducive to putting your hands in clay all day to throw but the temperature also hinders the clay's desire to join properly when hand-building. Instead I shift my time priorities to sketching and planning for the coming year. I use the term "planning" loosely since my life changes trajectory from time to time but at least I set out some basic goals. I did manage to take images of two new sculptures but two sculptures were all I could handle in 27°F weather. My mind is still on menopause and the transition from mid-life fertility to un-fertility, the emotion surrounding it and so on. It also draws on our basic biological connection to evolved forms now and in the past. Plus they're kinda naughty.
Last year at this time the hot water pipes under the house had frozen and burst due to the age of our plumbing and the Polar Vortex™. We only had cold water running and were reduced to washing ourselves with a washcloth from a 5-gallon bucket filled with water heated on the stove. That went on for a month until the frigid temps abated and we could coerce someone to help fix the plumbing. At least that nightmare is over. This January the pipes froze again but only for 2 hours one day and since it's all new PEX piping, no breakage! Yay! I did manage to come down with a horrible flu on that same morning that lasted a few days until the weekend when the truck blew up. It's awaiting repair. But all in all, the water is running. Don't underestimate the luxury of indoor plumbing. We have no idea how good we have it when we turn on our taps and potable water comes out.
at 12:02 PM No comments:

Artistically, I swing like a pendulum when I express myself between the visual and the written. Others do so through acting, dance, music, poetry, prose and so on. I think about the relationship between what goes on inside your head and what transpires, not so much on the paper, canvas or stage but in the process of the expression.

I think each one of us as a function of being a human being contains the capacity for varying degrees of insular, circular, obsessive thinking. Our private thoughts, our private world where our fears, insecurities, dreams, fetishes and desires are located. For some, it's not a consideration at all or so minimal as to be unremarkable. For others, this obsessive, repetitive thinking becomes so heavy a burden that it can overtake and interfere with a balanced identity and healthy functioning [one example being obsessive-compulsive disorder]  which can cause tremendous anxiety and stress and lead to depression and additional unwanted behaviors in an attempt to gain some relief.
The American Scholar, "The Art of Obsession" by Paula Marantz Cohen
Psych Central, "Creative Obsession" by Douglas Eby
I have contemplated the role artistic expression plays in the human condition and experience. Why do human beings feel compelled to express abstract thought, even if it is simply an attempt to recreate the reality in front of them? So I've thought quite a bit about not just the art that I create but the process and my mind's activity as I create it. What is happening there? I'm wondering if the very act of expressing one's self can sometimes be a gateway to breaking that pattern of obsessive thought. I've heard it explained that part of the reason psychotherapy can be beneficial and sought after is because talking about a problem or issue is one of the best ways to alleviate stress. If not a therapist, we seek out friends, a bar, a stranger, and for some of us, the studio. We need to unload the pattern of neuron firing in our brain about the things that occupy our innermost selves. I feel when we interrupt that thinking pattern in our brains with the neuron-firing needed to translate that into action via writing, fine art, performance, what have you, we may temporarily break that proverbial chain and for a moment, can experience some relief. [or not, depending on the intensity of the obsessive thinking.]
I like to think of it as akin to chaos theory's butterfly effect.  The idea that the act of creating, trying to translate and express inner thoughts, is a way of causing a change in your brain. By doing that, you increase the likelihood that you are no longer stuck in a pattern because you have set out on a new path of thinking and insight that has altered your perception. Sometimes it makes a difference right away, sometimes you need a whole lifetime's accumulation of tiny changes to make that difference. Like the effort, time and space needed to turn a battleship. Or a comet. And sometimes, you run out of time spent living on this planet to realize that difference.
Regardless of the impact and how long it takes to materialize, I think it speaks to just how important artistic expression is in whatever way it manifests itself in an individual's life and why we cannot and should not abandon it or teaching it or even teaching the value of it to people of all ages. There is a priority shift within the last few decades to spend money in education on science, technology, engineering and math [STEM] at the expense of artistic endeavors, visual, dance, music and so on but I think that's a mistake. You hobble the ability of insight in the STEM fields when you weaken human's ability to think artistically. One compliments the other, it doesn't replace it.
SciLogs, "What artists and scientists have in common" by Paige Brown Jarreau
PLOS Blogs, "Why scientists should care about art" by Johanna Kieniewicz