I feel somewhat absent, digitally. Work in the studio has been interrupted, well, what's a nicer word? "enhanced" by the end of the gardening season. Time not spent in clay has been spent in the dirt in the raised bed garden and that, plus work on a small structure for my elderly mother, keeping up with Medicaid guidelines, discussions with lawyers about all sorts of issues including internet-related activities (state vs. federal statutes), personal bookkeeping, broken water lines that needed to be repaired – twice– and all the fun that goes with destructive dogs has kept me from updating blogs, Twitter accounts, Facebook pages, Etsy listings and the like. In the garden, we ended up with a boatload of peppers – jalapeño, basilla and cayenne, from plants grown from seeds that I swore were never going to produce much earlier in the year since they didn't even flower until mid-summer despite the fact that they were the first plants in the ground last Spring. Eventually they did flower and wham! Peppers everywhere.
And then... the tomatillos took over. They are magical plants. They grow like weeds. The fruits seem to get large and ripen when you're not looking. Quite a number of them fall off the plant on the ground and you'd swear you're about to pick up a rotted one but instead, you've found the juiciest, largest fruit. Much salsa was made. I tried tomatillo salsa with and without cooking the tomatillos. The major difference is in the moisture content and more subtle flavor of the cooked tomatillo salsa. I think I prefer the fresh salsa. After harvesting the peppers and tomatillos, we prepared the beds, added more compost and planted some kale, spinach, shallots and garlic. We're curious to see how well the shallots do. We're considering some alternative produce and value-added products in the future such as shallots, asparagus and tomatillos plus pickled beets, dilly beans and chipotle peppers. (Just say yes to pickled beets! Oh my god, I made the most awesome batch with my herbs.) And we finally fixed the deer fencing around the perimeter of the garden. I will say having a tractor makes some tasks easier although this year's gardening has been limited to the raised beds. Next year, we may scout out locations on the farm to plant in larger quantities in the future. 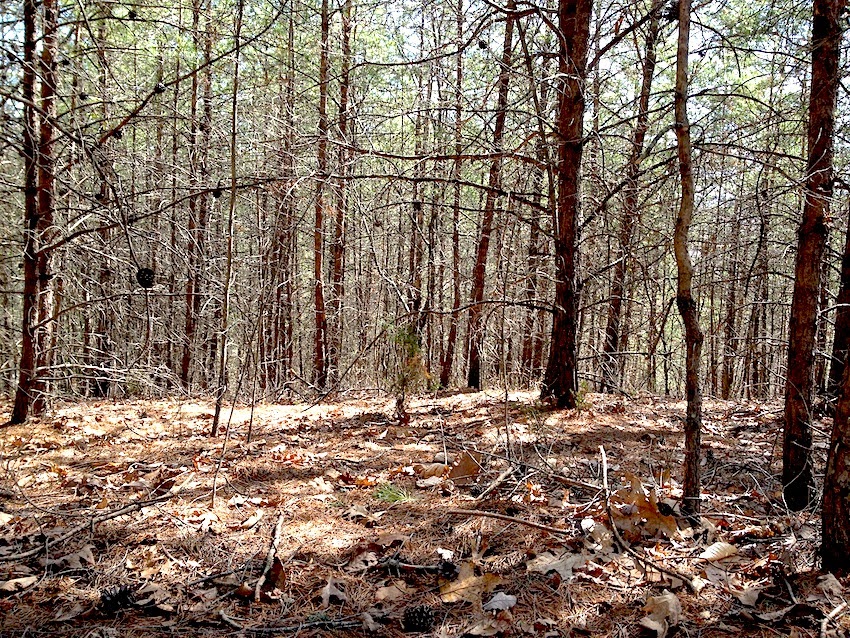 We are embarking on a new plan of action on the farm. We recently contacted the state forestry service to draw up a plan to manage our property that makes the most of the mix of the pastures and the forested areas. In addition to micro-farming some alternative crops like shallots, asparagus, beets and peppers for smoking, we're also looking to manage this property as a natural sanctuary that maintains a balance of healthy forest and efficient pastures. We want to encourage growth of good woods like walnut, oak, maples, ash and as it turns out, persimmon, along with native understory trees like flowering dogwoods, for aesthetic value and for the benefit of wildlife. With that, we will be culling trees that are actually prohibiting healthy forest growth by crowding other trees light and or promoting rot at their base. By cutting trees that have base rot from earlier broken growth called "rain catchers" we can get some benefits out them: some can become firewood for us (or we can sell it), some oak logs can become useful for growing and harvesting mushrooms and some trees can be purposely killed without taking them down so as they die, the bark separates from the heartwood and allows other animals to use the dying tree as habitat.

The pastures will be slowly reclaimed after being neglected for so long. We'll be re-fencing several areas and re-partitioning sections for more efficient rotation of grazing. We'll be trimming back the edges of each pasture over time. This is where the tractor will be utilized and appreciated the most. At some point, I'd like to reintroduce the milkweed that has gone missing since farmers around here have gone herbicide happy. Maybe we can make this little spot an oasis for bees and butterflies again.
Suffice to say, all the pasture, wood and garden work adds to the work I do in the studio and cuts into my digital time. Sometimes I worry that I'm not making enough noise on the internet but not really. Life is so much more than what transpires on a glowing screen.