The act of not thinking

In the evenings, after dinner is made and eaten and I'm winding down from the buzz and activity of the afternoon, I get to thinking about people and what makes them tick. I think the pondering is provoked in large part by scrolling through my Facebook feed. My feed is a mix of people I know very well and people I don't know well at all plus people, mostly artists, that I follow just to keep up with their work. Sometimes, some aspects of human behavior stick out for me. Apart from the truly maniacally, self-absorbed narcissist, I imagine most people think of their lives as average or "normal," whatever constitutes normal. When we persist in comparing our lives to others, however, the differences, minor and major, jostle our self-perception and can prompt the question, "Am I normal?" accompanied with feelings of insecurity and smallness, or conversely, "I'm normal but they (person or group being compared) are not." The rationalization often used to comfort yourself being that whatever the idiosyncrasies of life, yours are "OK" but others are not. The reality I see when I step back is that this is simply an illusion we create to keep ourselves safe and secure in our ignorance about our inner nature, the inner nature that resides in every one of us, the capacity for loving-kindness. 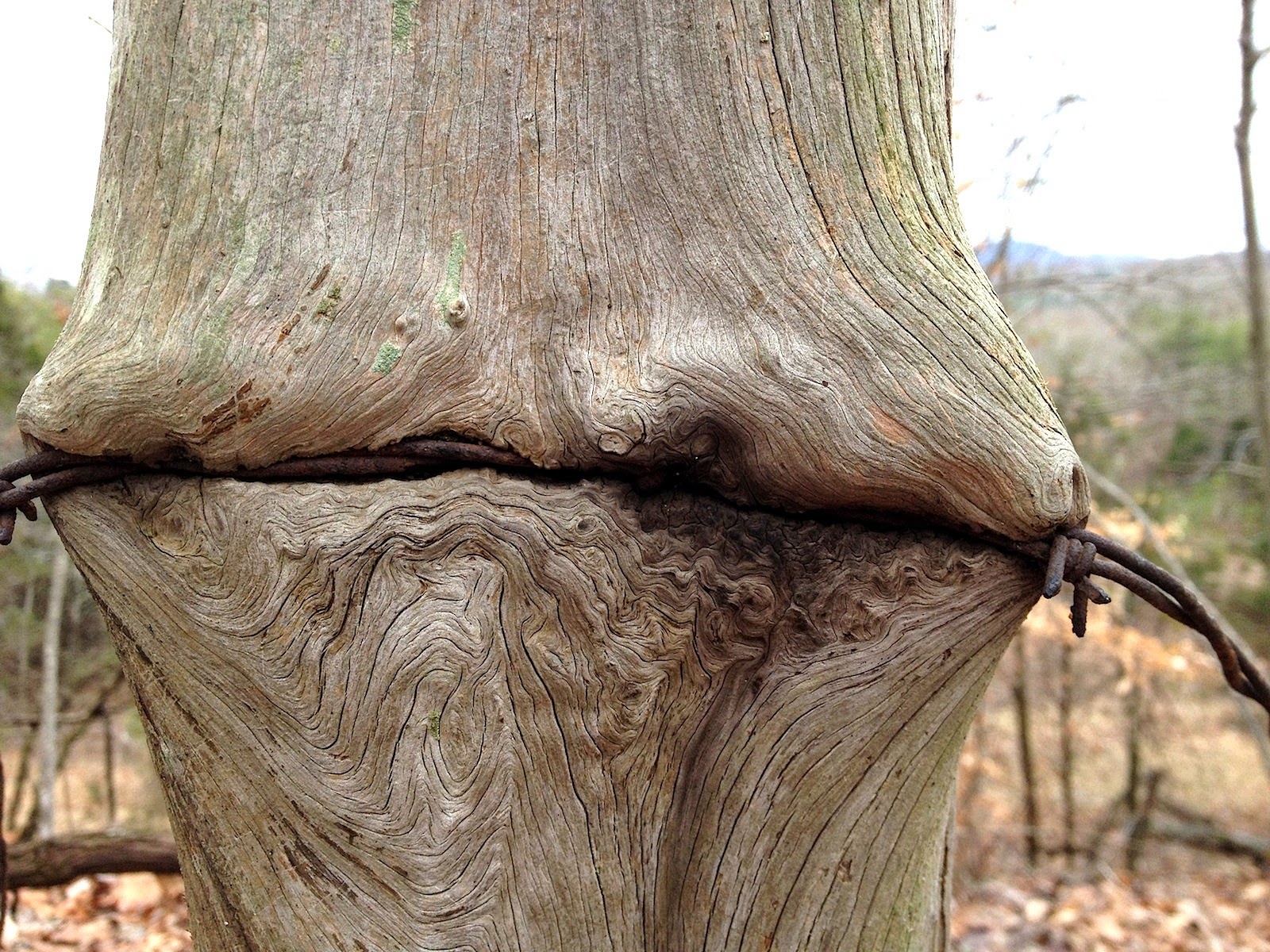 Unfortunately, the yin-yang nature of things is that we also contain the capacity to do horrible things. This is where cultivating empathy is crucial, in my mind. Occasionally I've run into the phrase "I could never _______" as if any certain act or acts is impossible in the lifetime of any one individual. But I think the truth is that given the right set of circumstances, any one of us can achieve great accomplishments or submit to terrible failings. In other words, "There before the grace of God go I." Which simply underscores for me the need for compassion for other living beings, particularly at others who lash out in anger. Often I've found that when someone lashes out at another person in anger, they are drawing on old, inner pain not related to the immediate situation. I know when I become angry disproportionate to whatever has triggered it or obsessively angry, I dig within to figure out, "What am I trying to resolve in the present that which injured me in the past?" Repetition of behavior, words, phrases, odd choices of words and context are clues for me to get to know myself and get closer to my true nature. Those same things encountered in other people give me insight and a heads-up about what's really motivating them. What's considered normal these days, culturally, is that it is perfectly okay to judge and ridicule others in comparison to your own life if only to comfort yourself that "Phew! at least I'm not like THAT!" Particularly online in social media forums, free rein is given to lambast, ridicule and tear apart total strangers. The vitriol, to me, however, will always say more about the commenter than the subject. 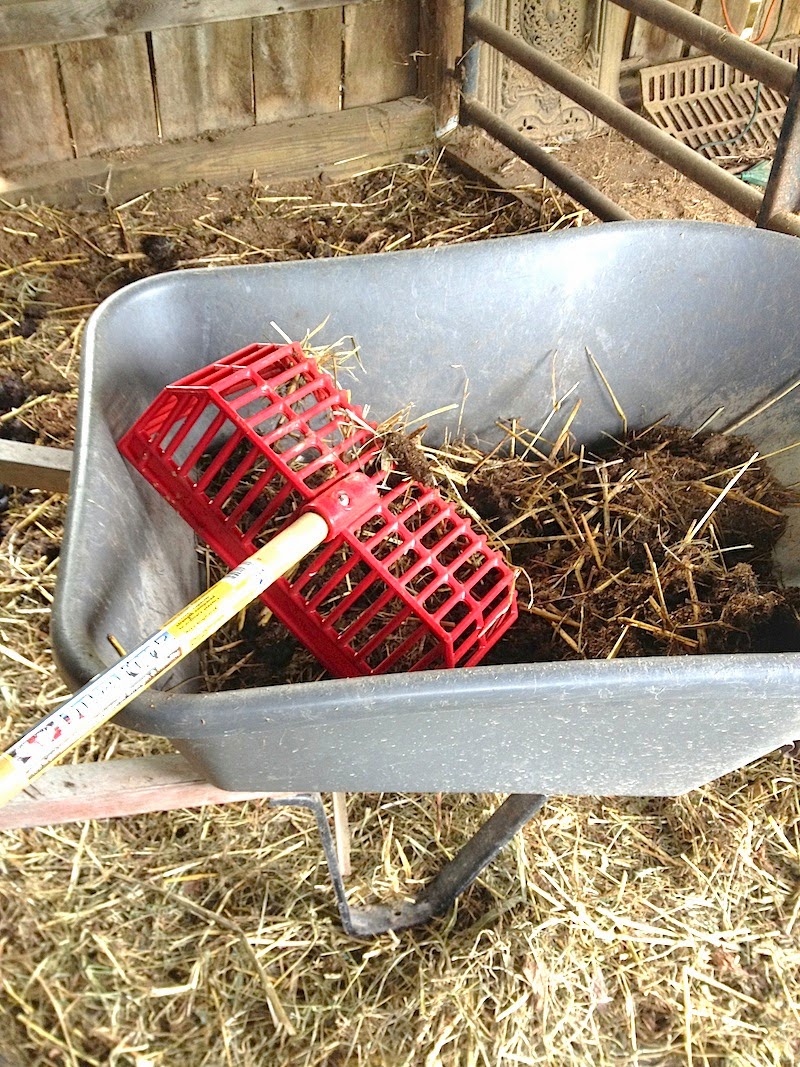 There was recently a post on my FB feed about Taylor Swift, singer/celebrity , responding to a fan about mean, nasty people. The statement she made to the fan that resonated with me is the observation that people who spend their time doing this do it for reasons of jealousy and envy and because they have nothing else to do with their lives. They abhor a person just being themselves and instead of working on being their own selves, they spend needless energy being, well, an asshole to others. This post popped up about the same time as another Facebook artist friend speaking about difficulties exposing vulnerabilities in acting when she doesn't allow herself to be vulnerable in real life. Since one of art's main facets, in my opinion, is fearlessly exposing vulnerabilities, can you ever truly immerse yourself in your art if you insist on building a walled-in room for yourself all the time? 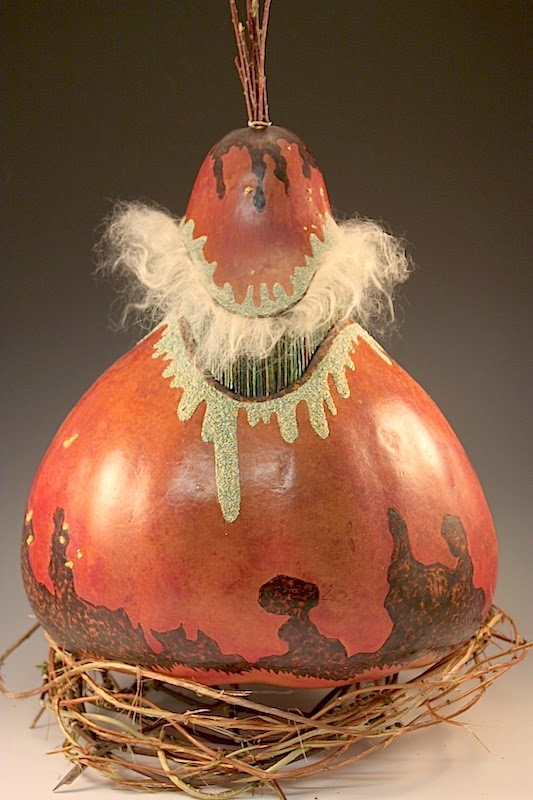 Anytime I create something, be it sculpture, pottery, drawing, I try not to interfere with the act of making. Often in my life I have heard the comment, "You think too much," from many, many people. As if I can control it. My brain does what it does, it thinks, analyzes, mulls over, makes connections and analogies, critiques, concludes, deduces then destroys and starts over again. Aside from sleep or my daily meditation, be it forty minutes or five, the only time I don't think for extended periods of time is when I am in the studio working. I used to be deluded into believing that artists had to have a preconceived reason for every millimeter of mark they put on paper or carved into  form before they translated thought into action. And then later in life, very late, probably out of sheer defeat and exhaustion that it wasn't and would never work for me, I quit doing that. I quit thinking and I simply did. I touched, carved, painted, drew. In fact to this day, when I think before I make a mark, drawing or carving, it paralyzes me and I can't draw anything or put a dent in a sculpture. Making art allows me not to think. The art simply captures the unspoken within me. It's as if it becomes a way for me to speak to myself by making,  then sitting back and analyzing what it is I just created. Somewhere in that creation are my vulnerabilities creeping out. And while not everyone gets where I'm coming from, I have many more people who do, who connect with the lines and forms I create, either because they directly resonate with my experience (as in "Hey! Me, too!") or because it triggers a familiarity and emotion that unlocks a deeper memory or a deeper unresolved issue that my work just happened to stumble upon. Serendipitous! The thoughtful comments are appreciated. The vitriol and remarks of being offended I simply put down to the viewer's own unresolved issues they desperately want to ignore, the unpleasant baggage that bumps behind them. 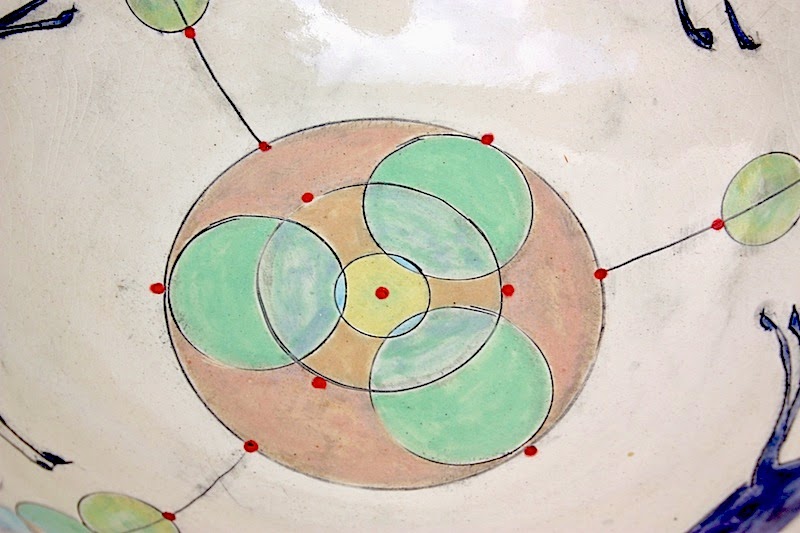 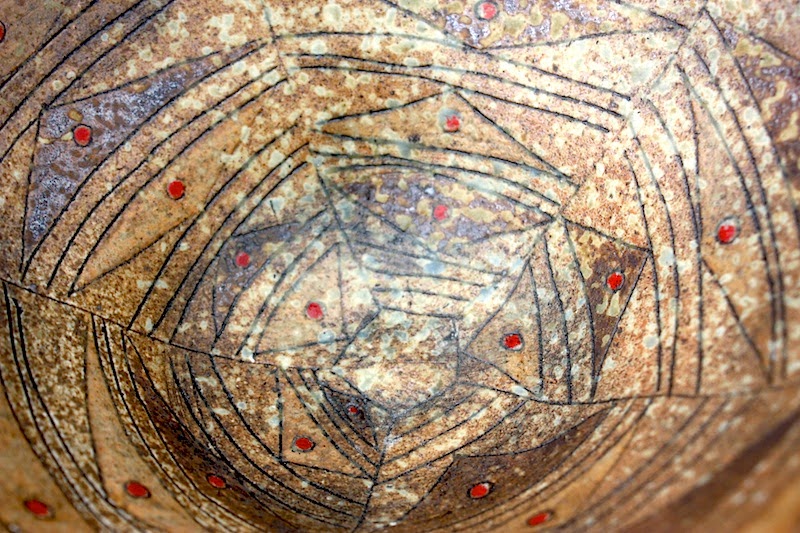 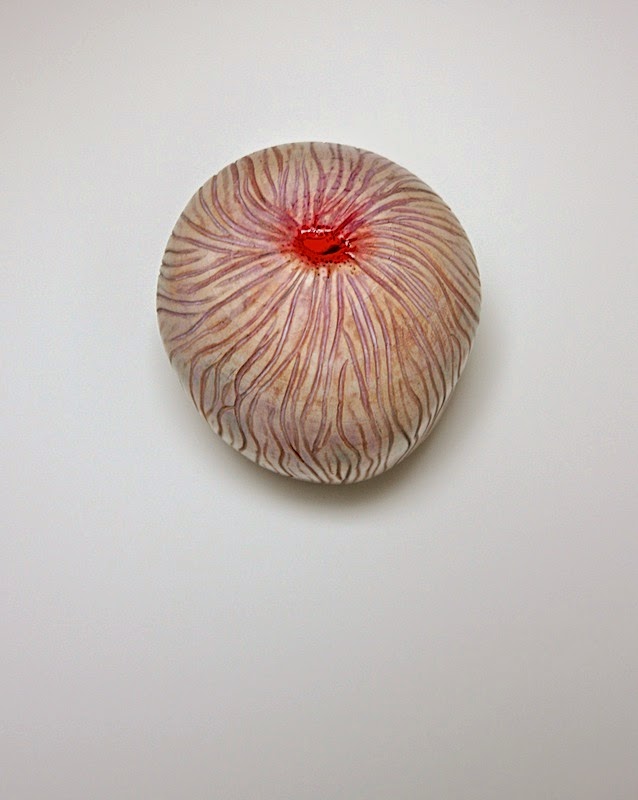 I read an article the other day about comment sections online and how they devolve into vitriolic rants. The author called for more moderation. Back in the old days of newspapers, letters to the editor were heavily moderated, chosen and then viciously edited. The same can be done online, he postulated. While it is possible for humans to create cesspools of thought on the internet, it doesn't mean it's a good or socially acceptable thing. 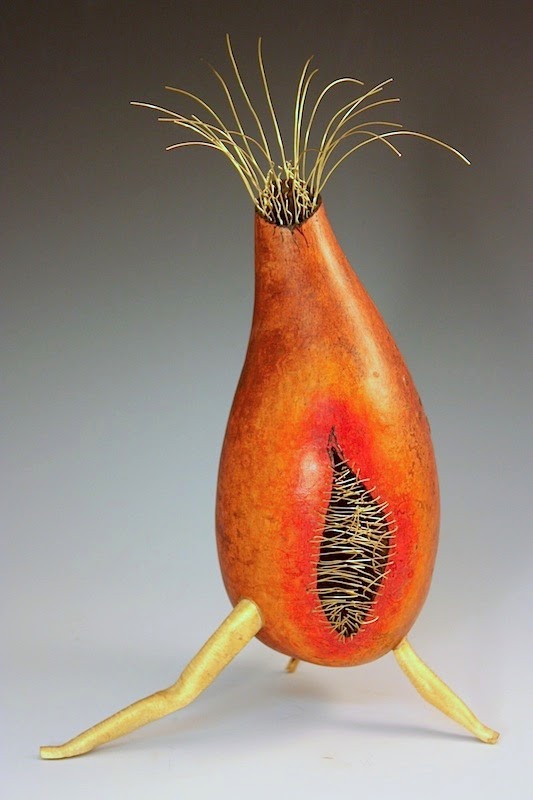 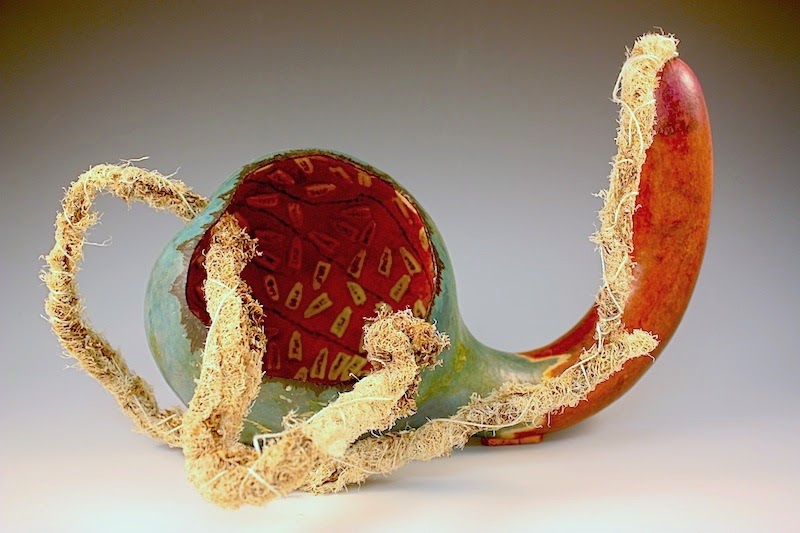 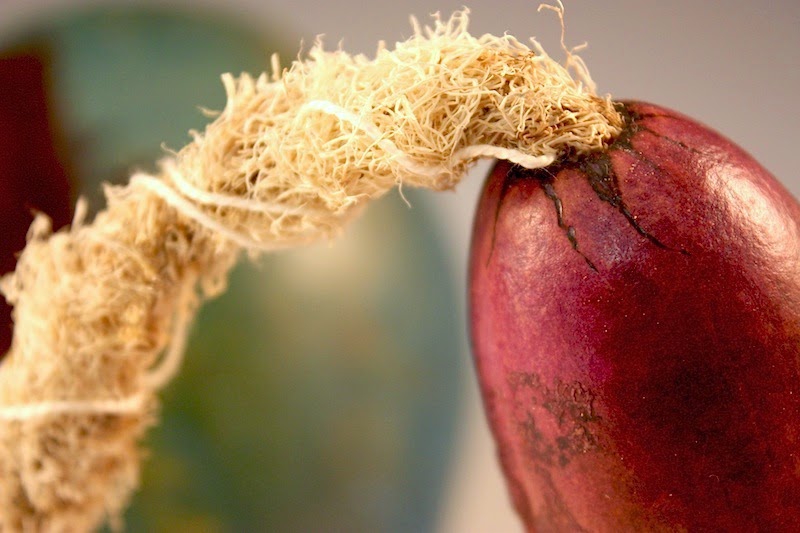 There are enough hate-filled, petty, nasty people out there as it is. We have acceptable rules of conduct in society when we walk real streets, we should strive to do the same on the "streets" of the internet. Are there shitty people in this world? In my view, as inherent beings, no, there are no inherently shitty beings. But as inherent beings people can certainly express shitty behavior in minor and major ways, intermittently or obsessively. To them I can only imagine that some kind of primal pain visited them in their childhood, issues that they cannot begin to identify or find the courage to resolve. Sadly, until they uncover what those issues are from within, they will continue to lash out blindly, venting their rage at themselves onto others. In response, we can create acceptable boundaries of behavior in our own lives so we can find the safe spaces for our true nature. And we can strive not to perpetuate the circle of hate but break the chain and replace it with kindness of heart. And as artists, we should continue to examine and reveal our vulnerabilities, if only to give others a bridge to their own inner struggles so that they, too, can break their chains.
at 10:07 AM