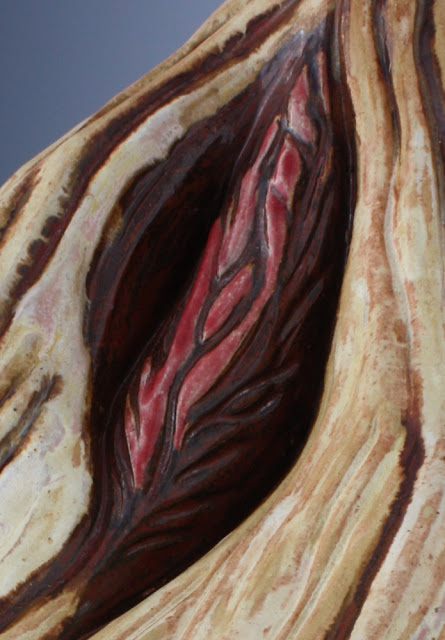 Groups. How do we identify ourselves? I'm not just talking about the human-constructed ones like "Chicago Cub's fan" or even superficial ones like race or ethnic background. What the about the deeper identity of sexual identity? I find this subject fascinating because there are so many assumptions about what is "regular," "normal," or "healthy" and they change from person to person. What's interesting is that how you identify yourself, sexually, isn't necessarily the gender you were born with. Take the transgendered. If you are born with elements of both male and female genitalia and reproductive organs, how do you identify yourself? Or perhaps, the question is less about how the individual identifies themselves but how others need to group a transgendered person into a neat category for their own comfort. Indeed, even with obvious female/male characteristics, the popular media-centric, modern American society as a whole still needs people to be clearly identifiable with one gender or another.
Mind you, I'm speaking about sexual identity not sexual preference. Homo/hetero/bisexuality is a related but separate issue.
I was watching a show on television last night that dealt with sexual identity and ambiguous physical sexual characteristics. They spoke with a psychologist who dealt with the transgendered and others with sexual identity issues and in his experience, the longer he studied sexual identity issues, the less well-defined and clear cut male vs. female becomes. It was heartening to hear that coming from a psychologist because my experience with them stems from the custody-related evaluation my husband, myself and his ex and boyfriend went through several years ago. Based on the extensive testing, one conclusion the psychologist summarized as "problematic" for my husband's ex was that she had gender identity issues. That struck a nerve with me and I was immediately suspect as to what that meant and how that was problematic. The key indicator identified revolved around her answer that she regretted being a girl at times and her heavy interest in "male" activities, sports and the like. But how was this a problem? As quite the tomboy myself with three brothers, I, too, have a strong interest in sports and have many female friends who share that interest. I, too, sometimes regretted being a girl. Wanna know why? Because when I grew up, I often encountered situations where boys got treated more favorably so why wouldn't I regret being a girl?! Who the hell sits around enjoying being stomped on, left back and left out of opportunities simply because of their gender and identity? My opinion of my husband's ex notwithstanding, I felt that particular evaluation of her was unwarranted, irrelevant and unfair. All it did for me was give me some insight into the psychologist's own misogyny and insecurities about his gender identification.
The question of naturalness was also asked in this program if blurred sexual identification, transgenderism and other sexual ambiguities were really unusual at all? Ambiguous sexual identity exists in flowers which contain both male and female elements and in organisms like starfish. Of course, these are not human beings but they are still life and it's not so clear that strict demarcations of sexual identity are "normal" and anything else is freakish. Sexual identity, it would seem may fall more frequently into female/male identity but probably exists more on a continuum than anything else. Our discomfort with those who are not clearly "one or the other" is more about societal constructs than biological norms and for me, paid psychological shills have little business passing judgement on what is "normal" and what is not.